Going Up Yonder – Not!

So Grandpa informs me that he will be leaving us soon to “go up yonder.”

He just feels puny from his flu shot, that’s all. Once he realizes why he’s so tired today, he starts working on his book again.

Wow, that was a real close call, again! He’s predicted he’s dying about eight times in the last two years. 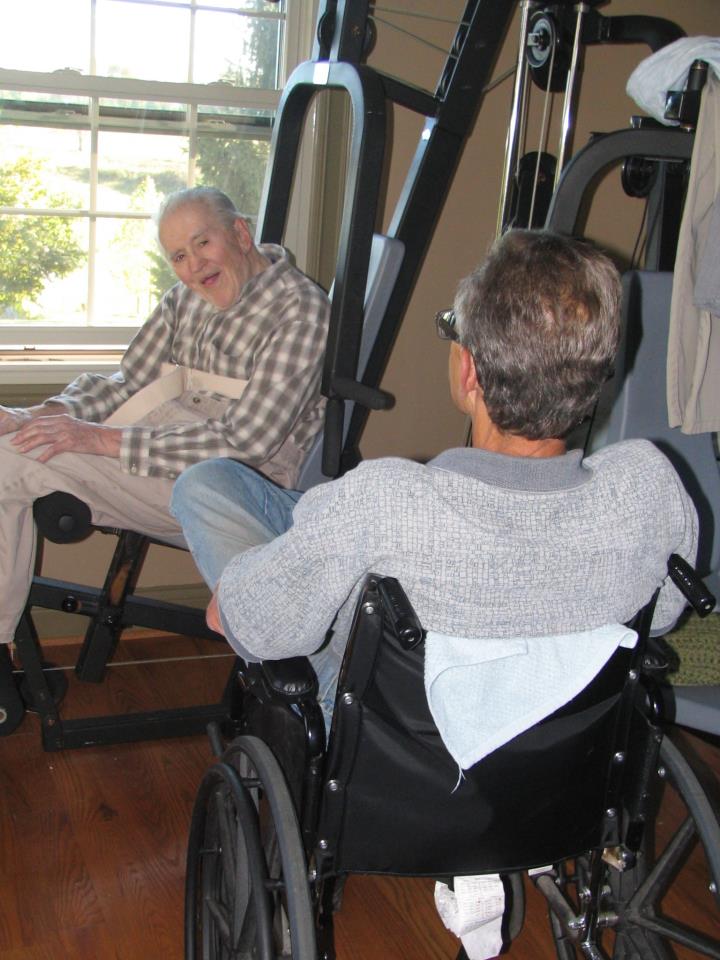 “Make a man out of the sissy,” he says in an Austrian accent. “He has to keep up his strength!”

Quote of the day: As Robert stumbled into Grandpa’s room this morning to get him up at 9:00 a.m. (which we have consistently been doing since August), Grandpa said, “Eric used to get me up at 8:30!”

Score one for the daughter! I just brought Grandpa (the famous 91-year-old author) a cup of coffee and a blueberry muffin.

He says, “Wow!” and points to the computer.

One of the fictional characters in his story had just served coffee and a sweet roll. Talk about perfect timing! His tummy must have been dictating those prose.