A Cup of Cold Water 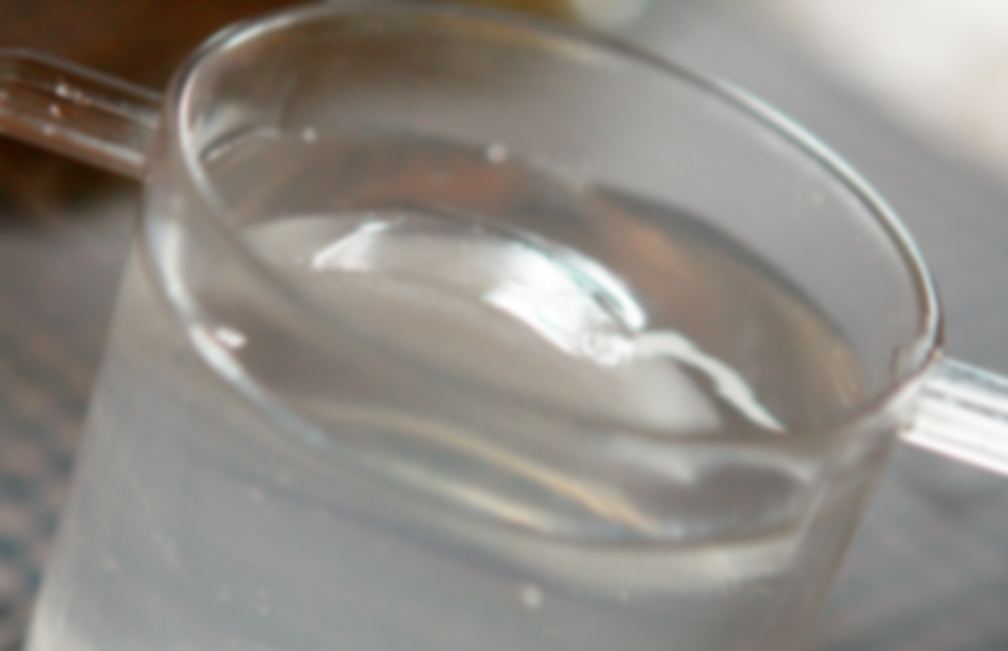 It’s early, but I’m already running late. I overslept, so my husband got my father up, changed and dressed him, and then wheeled him down to breakfast. Now it’s my turn to take over.

I make my way to the coffee pot and fill a red ceramic cup to the brim with freshly brewed Starbucks. I hope it will jump start my day, but it never seems to make a difference anymore.

“Do we have anything to work with today?” I ask my husband, wondering if “Grandpa” as we affectionately call him is alert or if it’s going to be one of “those” mornings when he sleeps through breakfast.

“He had severe flopposis again,” Robert says referring to Grandpa’s tendency to sleep with his neck unsupported at a 45 degree angle. I usually check on him in the middle of the night to make sure his head and shoulder are cushioned with a pillow, but last night, I forgot. I feel a twinge of guilt, but knowing the many times I’ve repositioned him in the wee hours of the morning, I let it go.

I glance in Grandpa’s direction out of the corner of my eye. The sight of his 94 year old body hunched over the table, catches my breath. As usual, his head is tilted far to the right, but this morning instead of being bright and alert, his eyes are steeled shut against the morning light. His gnarled hands lay lifeless beside his water glass which is placed squarely before him on a cheerful blue and white checkered placemat—a continual, and not so cheerful reminder that he must drink two full cups of water before he can eat . . . But before he can drink, he has to put in his upper dentures which are sitting on a paper napkin next to his plate. And before he can put in his dentures, he has to steady his left hand which is shaking uncontrollably. And so begins Grandpa’s morning ritual, a series of life-sustaining duties which hinge precariously, one upon the other.

It’s a scene I’m all too familiar with as I brace myself for the new day—one that resembles a long string of repetitive yesterdays that have made up the last six years of my life.You’d think I’d be used to it by now, but when I see how frail he is becoming, I hurt for him—and me.

I hate to see Grandpa grow old and lose his faculties, not only for himself, but for us too, and what it will mean for his future care. The more he loses, the more we will have to do for him, and we are already doing so much. You would think the need to hurry would decrease by the time you’re in your nineties, but for Grandpa, it isn’t so. The clock rules his day now—and mine. He used to be able to eat and drink in a reasonable amount of time, but now his meals are long and drawn out affairs from the neurological impairment he suffers.

A couple of years ago, he was diagnosed with silent dysphasia, a degenerative swallowing disorder which is a result of Parkinson’s. When Grandpa swallows, there is a two-second delay, so if he drinks too fast or tilts his head back too far to empty his cup, it goes right into his lungs, usually without any of the normal warning signs you would expect like coughing or choking. His gurgly voice is the only tell-tale sign that he has aspirated, and because of his handicap, it has become increasingly harder for him to accomplish anything on a daily basis, other than eating, drinking, and sleeping. I know he’d rather be writing on one of his many stories, but their just hasn’t been enough time in the day. In the face of such a menacing disability, the hours quickly tick away, the quality of life diminishes.

Suddenly, two weeks ago, Grandpa begins to gurgle like a peculator in the middle of the night. I suction him out to clear the extra fluid out of his lungs before I go back to bed. The next morning, I pull my chair up next to him and proceed to monitor each sip of water by bringing it up to his lips and making sure he places them correctly around the cup, and then I watch and listen carefully to make sure he thoroughly swallows afterward.There is no turning back now. I have to do this seven times a day, but the one bonus for Grandpa is that with my help, he’s finished in half the time. The downside for me is that his care just rose to a whole new level.

Megan, a speech pathologist from Grandpa’s home health agency schedules an appointment to evaluate his swallowing capabilities. After she watches me feed him his water, and sees how difficult it is for him to swallow, she informs us that he could definitely utilize a feeding tube. This is such a relief to hear, and something I hadn’t even considered. His primary care physician said his condition would continue to worsen overtime, but she didn’t even mention the option of a feeding tube. I had just assumed that when the day came, Grandpa would no longer be able to eat or drink, and that it would be a really painful way to have to pass on to glory!

On Megan’s advice, we switch Grandpa’s schedule around to allow more time for his food and water to digest after he eats. Instead of laying him down right away, he has to wait forty-five minutes which is hard on Grandpa because, usually he’s tuckered out after eating and wants to take a nap. But the new schedule will not only allow for his food to digest, it will also give me some breathing room before the next glass of water has to be consumed. I welcome the change as God’s grace in my hour of need. Grandpa isn’t so sure.

“Well, there’s no reason for me to continue to come,” Megan says. “You’re doing everything right.”

I guess I should have been a little less competent because in order for home health to continue seeing you, they have to have a legitimate reason to come. When you no longer need “continuing education” or medical help, the meter on the medicare benefit clock runs out.

“What did the speech pathologist say?” Grandpa asks after she leaves.

I loudly repeat what Megan told me in his “good ear.”

“She said you probably should have a feeding tube because you’re having too much trouble swallowing,”

His question stuns me! He really doesn’t know he’s having trouble swallowing? Has Grandpa already forgotten all that has transpired over the last week and a half? Or maybe his question is just a nervous response to finding out that he will eventually need to have a feeding tube. I’m sure he would love me to be his personal water girl, indefinitely, but we have to find a solution that makes sense for him and our family. I do have a family to care for, something that never seems to enter Grandpa’s mind, lately.

I begin to realize from recent conversations with Grandpa that he’s becoming less and less aware of his physical disabilities, and what we have do on a daily basis to compensate for his loss. In some odd way, it’s freeing. I don’t know why, but it’s obvious he isn’t grieving over his health issues as much as I am.

It would be nice, however, if he was a little less clingy. We’re starting to wonder if he’s suffering from some sort of caregiver attachment disorder because, if there is such a thing, Grandpa’s got it bad. The other day when I asked him if he liked his new schedule, he replied, “The only thing I don’t like about it is there isn’t enough of you!”

“What are you talking about, Grandpa?” I ask incredulously (insert a deer in the headlights picture here). “I’ve been taking care of you all day long!”

“Oh, yeah, I don’t know what I was thinking,” he apologizes, somewhat embarrassed.

I don’t know what he was thinking either, but his response was totally unexpected, considering this is by far the most time consuming and exhaustive schedule I’ve had to follow yet, and he isn’t aware of how it’s impacting my life, at all? I guess I really don’t want him to, although I know from past experience, when you’re in your 90’s, your heath issues take precedence over everyone else’s needs.

I haven’t been able to leave the house now for a couple of weeks, and there’s nothing we can do to alleviate this stressful turn of events except to get Grandpa a feeding tube. He’ll still be able to eat soft and moist foods by mouth, but most of his liquids will go right into his stomach. I will have to spend a lot of time on YouTube learning all I can about feeding tubes—another learning curve to conquer.

I’m scared to think what this is going to mean to the quality of my life if we don’t make this change. With these new developments, caring for Grandpa has become even more restrictive than it was before. I feel like a caged bird, flapping wildly in fright against the oppressive bars of confinement.

And just as another wave of faith-crippling fear seeks to engulf my heart, I hear a still small voice whisper in my ear, “. . . For I was hungry, and you fed me. I was thirsty, and you gave me a drink. I was a stranger, and you invited me into your home. I was naked, and you gave me clothing. I was sick, and you cared for me. I was in prison, and you visited me.”

Yes, Lord, Jesus. Thank you, for reminding me. I have given Grandpa ever so many cups of cold water. . . and how many times, while performing the most lowly and humiliating tasks one human being can do for another—let alone a daughter for her father—have I forgotten it is you, I am serving.

Tears come to my eyes, but they fail to fall. I’m too exhausted to cry.